Made for NASKA Members

NASKA members can manage their competition roster by submitting the results of each NASKA sanctioned competition, i.e. tournament and division, on their private roster page.

Members may also view the competition results of other members on the public roster page.

Members are required to login to the site to manage their roster, and to view pubic ones.

NASKA members represent the finest sport karate competitors in the World. Their character and integrity help make NASKA the standard for sportsmanship, mentoring, and role modeling for Martial Artists of all ages across the globe.

Although not in name at the time, NASKA’s seed was planted in 1977 when the executive editor of “Karate Illustrated” Magazine, Renardo Barden, started publishing competitor regional ratings in an attempt to create some order in the world of tournament karate around the United States. KI rated competitors in 12 regions across the US. From these regional ratings, KI, through various subjective methods, rated 36 men fighters in 3 categories, Top Twelve Overall, 12-1st Honorable Mention, and 12-2nd Honorable Mention. KI’s ratings system went through many changes in the early years and progressed soon into rating black belt men, women and children in form, weapons, and fighting. A few years later, KI began rating tournaments as well, awarding them ratings of A, B or C according to 11 set criteria. These criteria were: 1) Level of Fighting Competition; 2) Level of Form Competition; 3) Level of Organization; 4) Level of Hospitality; 5) Quality of Hotel accommodations; 6) Style Prejudice; 7) Regional Shaft Factor; 8) Punctuality; 9) Tournament Venue; 10) Transportation to Tournament Site; 11) Overall Size of Event.

Although Karate Illustrated Magazine did exceptional work in their achievement of organizing and rating tournament karate, in 1986 they decided that 9 years were enough and discontinued the tournament/competitor ratings service. By 1986, most of the current World NASKA tournaments had become part of the KI nucleus of “A” rated tournaments. Not wanting to see the ratings system end, the promoters of the “A” rated tournaments at that time agreed to stay together and keep the rating system alive. The promoters of the AKA Grand Nationals, Battle of Atlanta, Diamond Nationals, New England Open, Ocean State Grand Nationals, US Capitol Classics, US Open, and a few other tournaments that no longer exist, all joined forces and created, “NASKA” (North American Sport Karate Association). NASKA has added additional world class tournaments throughout the years and has had as many as 15 World tour tournaments along with National and State tournaments as well.

From 1986 to today, NASKA continues to be the leader in “Open Tournament Sport Karate”, in sanctioning North America’s most prestigious karate tournaments and in giving the world’s greatest karate athletics a forum to display, innovate and develop their talents. To acknowledge our tremendous admiration to all the NASKA Champions over the past 30 plus years a special tribute of the “NASKA Champions Hall of Fame” will soon be introduced. 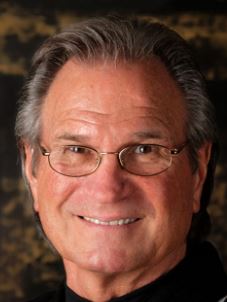 In 1988 Mr. Carnahan was elected President of the North American Sport Karate Association (NASKA) and still holds the office today. NASKA is one of the largest sport karate sanctioning and ratings organizations in the world.